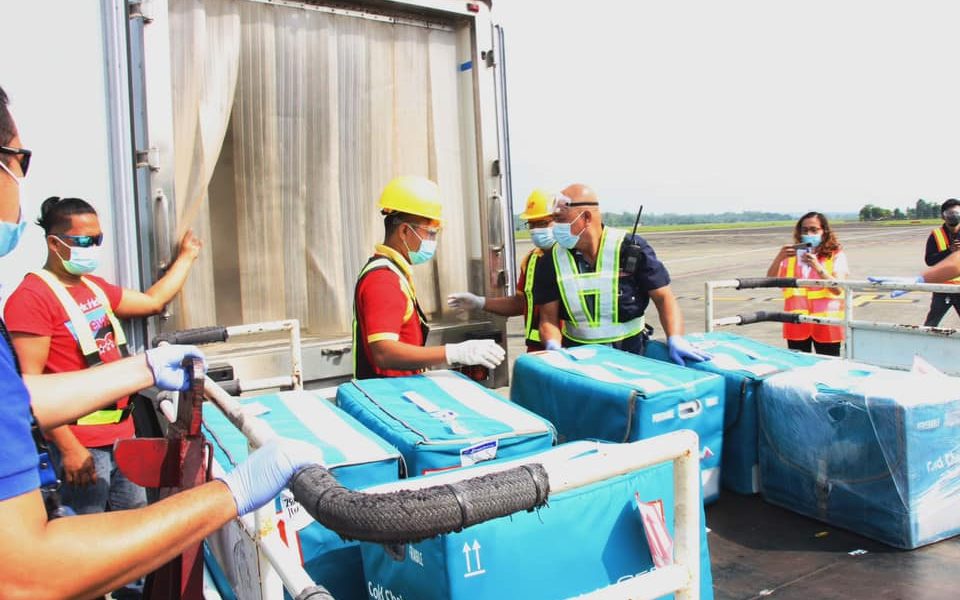 The fifth batch of CoronaVac anti-COVID-19 vaccines of Sinovac allocated for Panay and Guimaras arrived at the Iloilo International Airport on April 6.

The Department of Health Center for Health Development for Western Visayas said the 7,200 doses of CoronaVac vaccines that arrived will be used as second jabs for the same quantity of doses that arrived here on March 30.

DOH-CHD WV Infectious Disease Cluster Head Dr. Mary Jane Juanico said the April 6 arrivals are part of the one million doses of Sinovac vaccines that have been purchased by the Philippine government from China.

As per the agency’s record, previous doses of CoronaVac came from donations from the Chinese government.

The allocations for Negros Occidental province and Bacolod City have also been brought to their areas by plane but through the Bacolod-Silay International Airport.

Medical frontliners are the intended recipients of the vaccines that have arrived in Iloilo and Bacolod City since March 5 of this year, according to DOH CHD-6. Other priority vaccinees will soon have their turns for the jabs.

It will be recalled further that the vaccines already received here consisting of Sinovac and AstraZeneca are donations from China and the COVAX Facility, except for the Sinovac jabs that came in on April 6 which are part of government procurement. Sinovac vaccines first arrived on March 5, then on March 10, 13 and 30. AstraZeneca came in on March 10.

So far, with the 14,400 first and booster doses of Sinovac that came in March 30 and April 6, Panay and Guimaras areas have already received some 50,000 doses of both CoronaVac and AstraZeneca vaccines.* (PIA6)