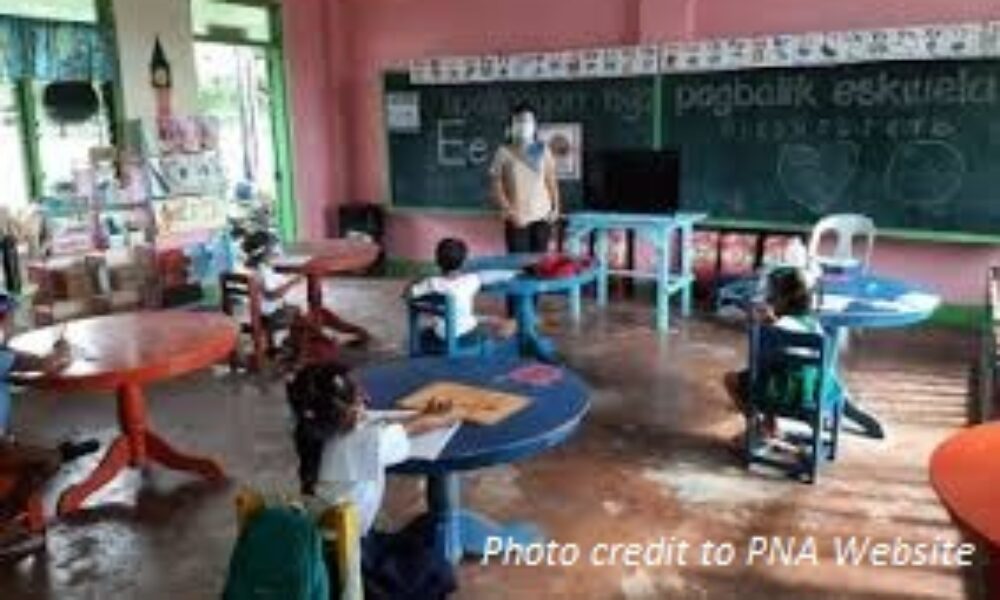 Permissions from the local government unit, Inter-Agency Task Force (IATF), and parents are needed by the schools before resuming or starting face-to-face classes.

The concurrence of these sectors are required to ensure “if they are still willing to push through to avoid possible repercussion,” said Hernani Escullar Jr., Department of Education Western Visayas (DepEd VI) information officer, in an interview.

Schools planning to join the pilot and expanded face-to-face classes are those in areas under Alert Level 2 in Western Visayas.

Once they already secured the concurrence, they should advise the regional office if then they will start or resume classes, added Escullar.

Twenty schools composed of 18 public and two private schools in the region have participated in the pilot face-to-face classes but have reverted to modular and blended learning since the region was placed under Alert Level 3 on Jan. 16.

Seven of the schools are from Negros Occidental, four from Antique, three each from Aklan and Iloilo province, and one each from Bacolod City, Guimaras, and Capiz.

Moreover, 80 schools are on standby and waiting to join the expanded face-to-face classes upon the de-escalation of the region’s Covid-19 alert level classification.

They are composed of 60 schools from various division offices in Negros Occidental, nine from Antique, four from Aklan, five from Iloilo province, and one each from Guimaras and Capiz.

The national IATF on Feb. 14 approved Resolution No. 161-A still placing Iloilo City and province, and Guimaras on Alert Level 3 while the rest of the provinces and highly urbanized city of Western Visayas are de-escalated to Alert Level 2.

Meantime, the regional office recognized 20 elementary and 19 secondary schools identified by their respective division offices as the best implementer of the Brigada Eskwela from June 1 to Sept.1 period last year while 70 schools were given special awards such as best school community home partnership, best home learning spaces, best partnership engagement activity, best Brigade Eskwela collaboration in school districts, and most prepared school in a ceremony recently.

Brigada Eskwela is an annual activity led by DepEd where everyone in the school community – including the private sector – works together to prepare schools for the opening of the classes.

“DepEd appreciated the efforts of the 20 schools divisions in responding to our call to prepare for school year 2021-2022 despite the challenges of the Covid-19 pandemic. Because of the partnership, our schools were more safe and ready for the opening of classes,” Escullar added.

He said that next school year’s Brigada Eskwela might be more challenging because of the limited face-to-face classes but they are hoping for a smooth opening with the help of their partners.

He added that for now, they are still waiting for guidelines from the Central office to add more schools willing to participate in the expanded phase. (PNA)