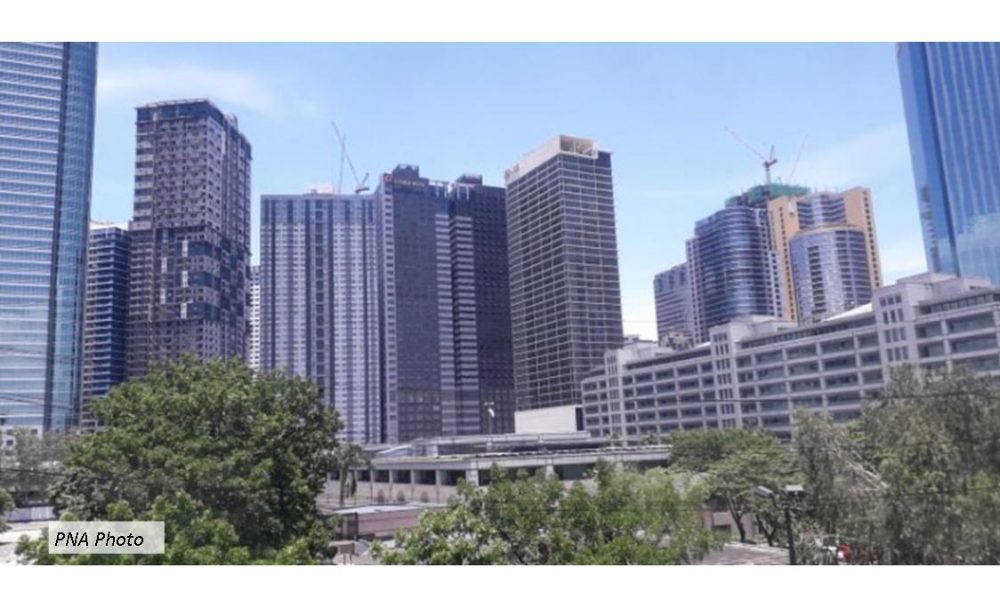 THE Philippine economy strongly recovered in the second quarter this year to 11.8 percent mainly driven by base effects and a “better balance” between addressing the impacts of the coronavirus and the need to restore jobs and incomes of Filipinos.

The April to June economic growth accelerated from -17 percent in the same period last year and was the highest gross domestic product (GDP) recorded since the fourth quarter of 1988.

This is a clear indication that managing risks, instead of shutting down large segments of the economy, stands a far better chance of improving both economic and health outcomes,”

Chua said unlike last year’s ECQ where 75 percent of the economy was shut down, most industries and services continued to operate, public transportation remained available, and workers were exempted from the curfew during the ECQ enforced in the second quarter.

The National Capital Region (NCR) and the provinces of Bulacan, Rizal, Laguna and Cavite were placed under the
strictest quarantine mode from March 29 to April 11 to stem the spread of coronavirus disease 2019 (Covid-19).

“The increase in economic activity has led to more Filipinos regaining their jobs and income. The recent labor force survey results for June 2021 showed that the economy generated an additional 2.5 million jobs compared to the pre-pandemic level, and the quality of employment has improved given the much lower underemployment rate,” he said.

Chua, chief of the National Economic and Development Authority (NEDA), said the Development Budget Coordination Committee (DBCC) will review the recent economic data and the risks associated with the Delta variant to fine-tune growth targets and adjust recovery strategies.

“…With the second-quarter results, they are going to help us achieve our target for the year. However, it also depends on the outcome of this present ECQ. If we are able to manage the risk and everyone cooperates and adheres to the health protocol, then we will be able to lift the ECQ sooner. On the other hand, if we do not comply, then it is possible that the ECQ will be long term. We will maximize the use of this present period to inoculate as many as we can so that we can pave the way for the safe reopening of the economy and minimize the risk in the second half of 2021,” he said.

He added they are expecting the arrival of over 148 million doses of the vaccine during the remainder of 2021, optimistic to inoculate 70 million Filipinos or the entire adult population by year-end.

Chua said had the country not managed the risks better, allowed most sectors to operate, and enforced the health protocols, the seasonally adjusted quarter-on-quarter economic growth could have been worse.

Metro Manila has been again placed under ECQ from Aug. 6 to 20 to prevent the spread of the more infectious Delta coronavirus variant.

“Prospects for a strong economic recovery in 2021 remain promising. Although there are speed bumps given the current ECQ in Metro Manila and other parts of the country, we are now better equipped to sustain continuous positive growth,” he added.

In the same briefing, National Statistician Dennis Mapa said that based on the computation of the Philippine Statistics Authority (PSA), the economy should grow by 8.2 percent in the second half of 2021 to hit the lower end 6 percent target for the year, while should accelerate by 10.2 percent to reach 7 percent.

Mapa said historical data show that the highest growth of GDP was recorded during the fourth quarter of 1988 at 12 percent, then at 8.1 percent and 8 percent during the first and second quarter of 2010, respectively.

Meanwhile, Chua said all sectors expanded in the second quarter, except agriculture which slightly contracted by 0.1 percent because of the decline in pork production. The industry sector grew by 20.8 percent and services by 9.6 percent, as the country managed the Covid-19 risks better and eased quarantine restrictions, he said.

On the expenditure side, Chua said total investment expanded by 75.5 percent on the near doubling of private investments growth at 94.9 percent, pointing to improvements in business confidence.

He said both public and private construction grew in April to June, resulting in an overall growth of 25.7 percent for the construction sector.

“Our policy to allow both public and private construction even during (the) ECQ period last March and April 2021, shows that we can revive the economy while addressing Covid-19 infections,” he added.

With improving consumer confidence, Chua said household spending growth also turned positive at 7.2 percent as millions regained their jobs and income sources in the first half of 2021.

He added government expenditure contracted at 4.9 percent primarily due to the high base effect from the roll-out of the largest ever emergency subsidies in the second quarter of 2020. (PNA)