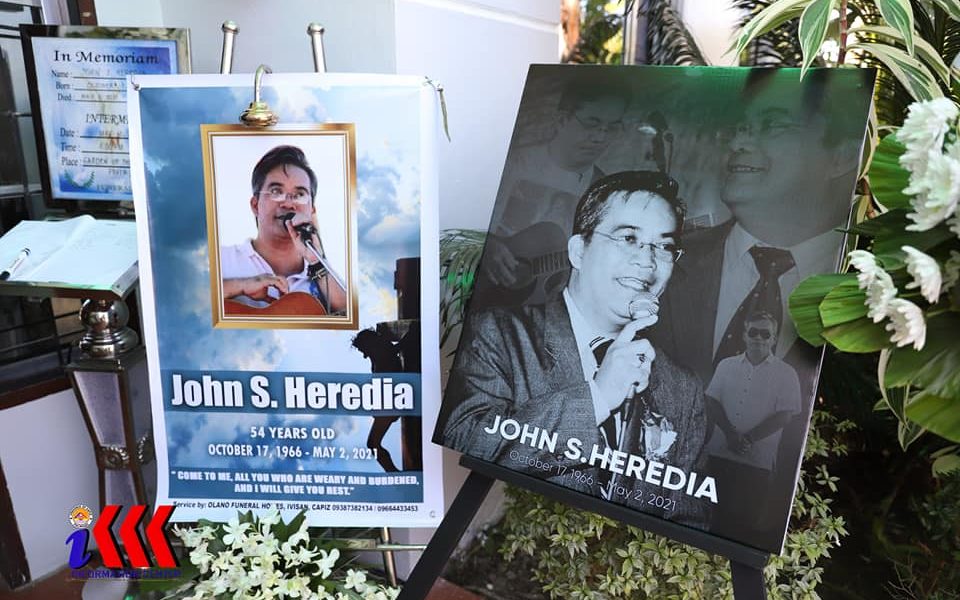 ROXAS CITY — Pilar town, Capiz administrator John Heredia, who was a former journalist, was shot dead at Barangay Lawaan here on May 2.

He was declared dead on arrival when he was brought to the Capiz Doctors Hospital.

In an interview with the media, Heredia’s wife, lawyer Criselda Heredia, said that she would wait for the result of the police investigation.

The victim’s wife, a member of the National Union of Peoples’ Lawyers (NUPL) who was red-tagged before the incident, survived an attempt on her life in 2019.

A P500,000 reward from the victim’s family and friends will be offered to anybody who can give vital information that will lead to solving the case, the Roxas City Police Station said.

The Capiz Police Provincial Office (CPPO) has already created a task force to investigate the case.

Police Col. Julio Gustilo Jr., CPPO director, asked the public to provide any information helpful for the resolution of the case.

In a statement, the National Union of Journalists of the Philippines (NUJP) said, “While Heredia was no longer in media when he was killed, his death is a symptom of the culture of impunity in the Philippines.”

“We call for a thorough investigation and a swift resolution of the case,” NUJP added.

Heredia was the first and longest-sitting chairman of NUJP’s Capiz chapter. He was also a former NUJP director.

NUPL-Panay condemned the killing of Heredia, “this is a monstrous crime that must be investigated promptly and properly so that the perpetrators can be brought to justice.”

“Under this administration, lives have, indeed, become so cheap as innocent people – activists, farmers, labor leaders, environmental defenders, and lawyers – are being murdered by the score,” they added.

Governor Esteban Evan Contreras and Roxas Mayor Ronnie Dadivas condemned the killing, as they urged the police to conduct a thorough investigation on the case.*