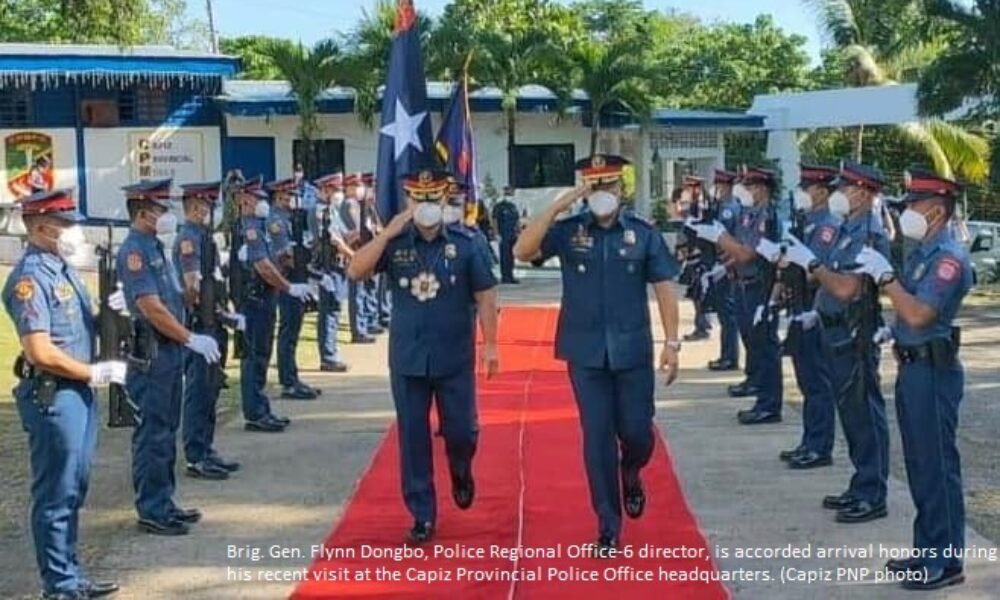 Police Regional Office (PRO)-6 director Brigadier General Flynn Dongbo said that the PNP is in the process of identifying possible election hotspot areas in view of the 2022 national and local elections.

The region’s top cop, who was at the Capiz Police Provincial Office (CPPO) in Camp Teodorico C. Apil in Roxas City last December 6 for a command visit, said that the local police stations have been directed to establish a detachment in areas with intense political rivalry and presence as well as influence of the insurgents.

He added that the police authorities will intensify their intelligence monitoring activities to avert possible election-related violence in the rundown towards the May 2022 polls.

During a program for the command visit, Dongbo ordered the Capiz policemen to do their best amid the support of local government unit and stakeholders to ensure a peaceful and ready for development communities.

“I compel everyone, our PNP personnel, for obedience to your duty. I demand for the obedience of the rules, laws of the land and the rules and regulations of the PNP organization,” he stressed.

He also witnessed the CPPO’s launching of the Capiz Law Enforcement  and Anti-Criminality Riders (CLEAR) project designed to boost crime prevention and solution efforts as part of the security preparations for election campaign season.

The PNP official was also in the province, Dec. 3, for a courtesy call to Governor Esteban Evan Contreras at the Governor’s Mansion in Brgy. Lanot, Roxas City. (PIA Capiz)