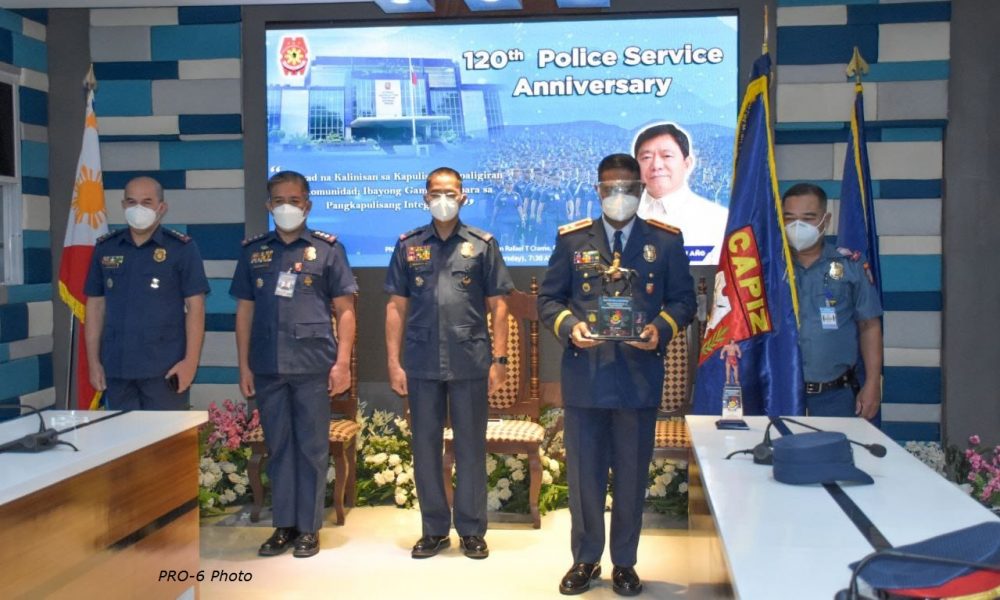 President Rodrigo Duterte was the guest of honor during the celebration. He was joined by Interior and Local Government Secretary Eduardo Año.

Duterte, in his speech, recognized the efforts of the PNP for risking their lives to ensure the safety of the community.

“It is my hope to inspire you more to continue serving our country,” the president added.

The celebration was highlighted by the giving of awards to the best performing units and personnel of the PNP nationwide.

Presently, the unit is headed by Lt. Col. Aron Palomo and his predecessor was Lt. Col. Ricardo Jomuad Jr.

Brigadier General Rolando Miranda, PRO-6 regional director, presented the plaque to the awardees as reward and recognition for their exemplary commitment and outstanding performance in the police service.

Meanwhile, Año congratulated the Philippine National Police for its 120 years of bravery, patriotism and excellence in service amid the pandemic.*