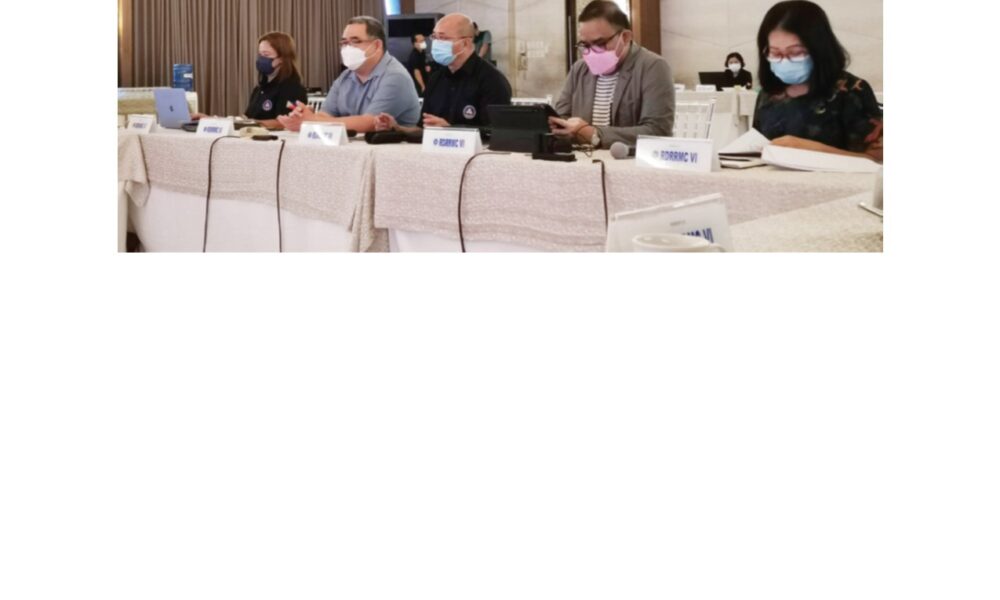 THE Regional Disaster Risk Reduction and Management Council (RDRRMC) 6 passed a resolution requesting the Commission on Elections (COMELEC) to revisit the Omnibus Election Code and consider exempting the procurement of goods in areas under the “State of Calamity” from the election ban.
This was discussed during the recent full council meeting of the RDRRMC 6 at Diversion 21 Hotel in Iloilo City that was participated in by the Tropical Depression Agaton-affected local DRMMOs from Capiz and Northern Iloilo.
The request was raised by Municipal DRRMO chief Ronald Guillermo of Cuartero town, one of the local government units in the
province of Capiz declared under a state of calamity, citing limitations in the utilization funds for disaster response and rehabilitation efforts during this election period.
“Due to the election ban, we cannot appropriately utilize our intended purpose for the 5-percent calamity fund. So that’s the reason why there are only limited resources that we can utilize,” said Guillermo.
The same sentiment was expressed by Capiz PDRRMO head Judy Grace Pelaez.
“Food was the immediate need after SSR (Search, Rescue, and Retrieval) was conducted. But after the distribution of the available
goods that we have, the first to call was the COA (Commission on Audit) RDRRMC /2