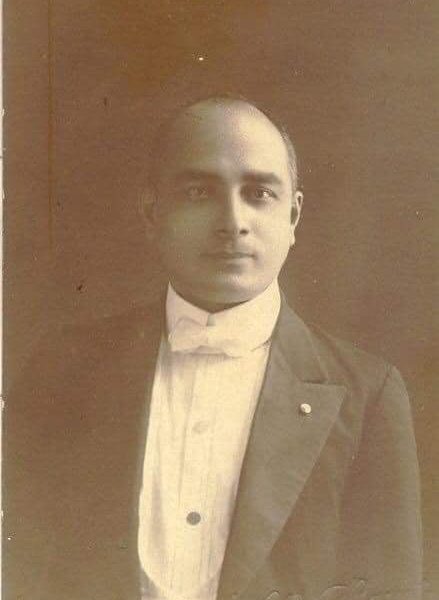 Last September 11, Aklan and Capiz provinces commemorated the 144th birth anniversary of Senator Jose Cortes Altavas, the roads and bridge builder and the founder of the municipality of Altavas, Aklan.

Even at his early age, Jose’s inclination to business was evident that at the age of twelve, he manage his father’s distillery store (nipa wine) in Capiz.

The eldest of four children, Jose is a mestizo born to Jose Altavas y Aguilar of Valdeagorfa, Turuel City, Aragon, Spain and Andrea Cortes y Rafols of Balete, Capiz (now a municipality of Aklan). He was born on September 11, 1877 and was taught the rudiments of the cartilla, cathecism and the three R’s by his devoted mother and father.

He took his higher education in Manila and obtained his “Bachiller de Artes” (A.B.) degree in Ateneo where he was fondly called “emperador” by his professors and fellow classmates because of topping every examination and winning almost all literary contest he joined.

After Ateneo, Jose enrolled at the University of Santo Tomas to take up law. However, Revolution broke out and he returned to Capiz where he joined the revolutionary forces under the command of Santiago Bellosillo. Despite his youth his comrades admired him of his courage, his brilliance and ability to lead. Upon the declaration of peace, he resumed his law studies and passed the bar in 1901.

He returned to his province and practiced his profession. He met Socorro Laserna y Barrios daughter of the prominent Laserna-Barrios family of Capiz (and Aklan) and married her in January 1, 1903.

His political career was a stand out since he began from the bottom despite the fact that he had the capacity to run for higher position and get elected. But he started as a councilor of the town of Capiz, now Roxas City, and served as such for a period of time. Later, he ran and got elected as member of the provincial board, now Sanggunian Panlalawigan.

He was then elected assemblyman from Capiz 1907-1909, later as governor of Capiz for two successive terms from 1910-1916. During his governance, he introduced many development projects for Capiz.

Foremost of which were the construction of the Capiz Provincial Capitol, provincial highways from Capiz to Aklan and from Capiz to Iloilo. As such, he was dubbed as “a road and bridge builder”  during his time.

It was during his incumbency as representative with then Gov. Antonio Habana that the bridge from the plaza to the avenue was also built. He also built the Rizal Monument fronting the Provincial Capitol wherein which inscribed the ideals for democratic principles which Altavas closely adhered to and fought for and even naming her three daughters Patria, Libertad and Justicia.

His brother Enrique Altavas became the very first commissioner of the Land Registration Administration of the Philippines, now LRA. It was also during his incumbency as governor when the Panay Railways was constructed and completed on August 28, 1910.

After his stint as governor of Capiz, he ran for senator and got elected. From 1916-1922, Altavas became Senator in the 7th Senatorial District which then comprised the provinces of Capiz, Iloilo and Romblon.

In 1925, Altavas ran and got elected as representative in the 2nd Congressional District of Capiz were he sponsored the separation of of Jimeno, now Altavas, Aklan  from Legatic, now New Washington, and its creation into a separate and district municipality. The central town was later named after him.

He was also a delegate to the 1935 Constitutional Convention and was chairman of the committee on Suffrage, and  members of other important committees. He sponsored for the right of women to vote.

Altavas was a noted contemporary of Manuel Quezon and Sergio Osmeña. He was considered as a political father, kingmaker and the founder of the Nacionalista Party in Capiz. He was a poet and a writer who would love to jot down notes whoever possible to catch ideas and later develop extensively. His poems were mostly dedicated to his compatriots. He lived a peaceful life after his retirement in public service. He died in August 21, 1952 at 78 years old.*