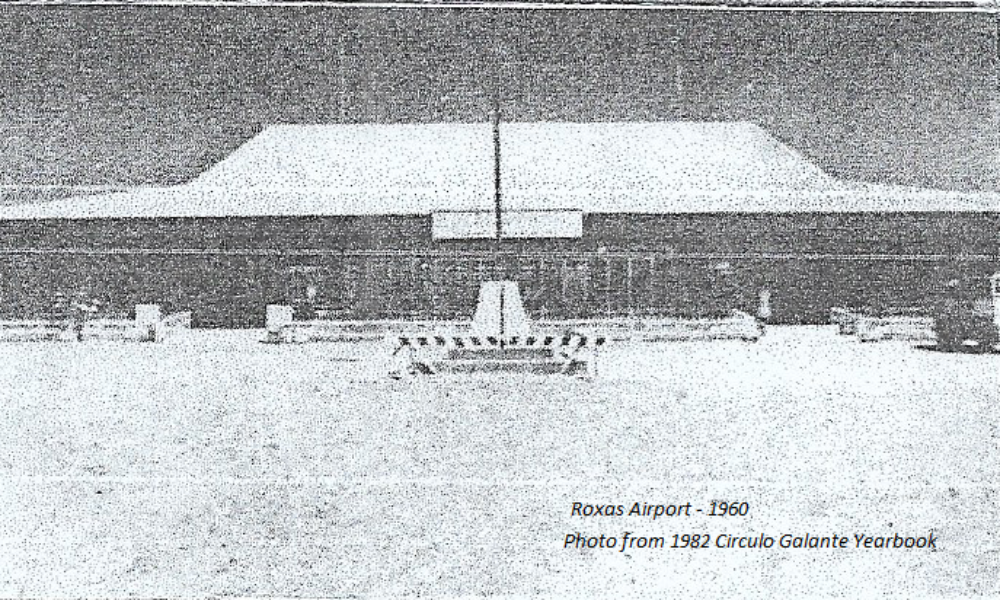 1947, November – Roxas Airport was completed at Brgy. Loctugan where the Roxas City School for Philippine Craftsmen is now located. The Philippine Airline (PAL), it began serving the Capizeños in its flight from Roxas City to Manila. Through this airport, Pres. Elpidio Quirino’s plane landed when he was in the town of Capiz on May 12, 1951 to inaugurate as chartered city named as Roxas City. The initiative of former first district Congresswoman Carmen Dinglasan-Consing, the Roxas Airport was then transferred to its present site at Brgy. Baybay when this was completed in 1956.

By this time, the airport was served by two other airlines, Air Manila and Philippine Orient Airways. Air Manila has one flight daily from Manila to Roxas City. A round trip ticket costs P100.70. From March 1975 to March 1976, airline operations were suspended to allow the concreting works on the runway. The jet age finally came to Capiz on December 1, 1981 when PAL introduced the pure-jet, 109-seater BAC7-11s to Roxas City, after the runway was extended to 1,600 meters. In 2003, Cebu Pacific served Capiz flying Roxas-Manila route.

Roxas City Airport took a major facelift in 2015. It served the general area of the capital of Capiz province which is classified as a Class I principal airport by the Civil Aviation Authority of the Philippines. This airport was formerly supervised by the defunct Civil Aeronautics Administration, Bureau of Air Transportation, and Air Transportation Office.