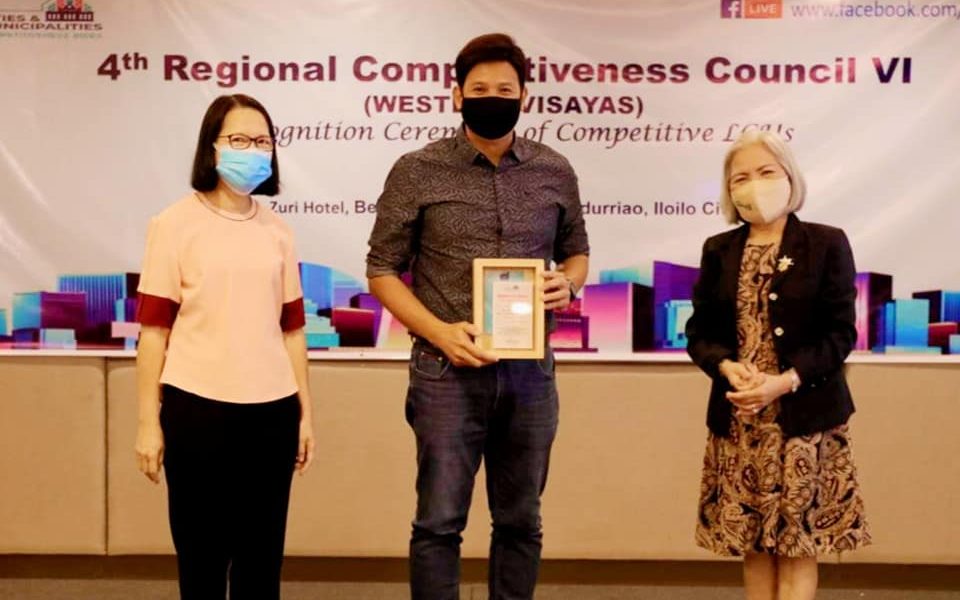 Roxas City was cited as among the most competitive local government units for infrastructure in Western Visayas.

During the 4th Regional Competitiveness Council-6 Recognition Ceremony for Competitive LGUs, that was led by the Department of Trade and Industry-6, at the Zuri Hotel in Iloilo City on December 29, a total of 46 awards were conferred to 29 localities, where some of them garnered more than one recognition.

Infrastructure refers to the physical building blocks that connect, expand, and sustain a locality and its surroundings to enable the provision of goods and services.

Infrastructure competitiveness is also one of the four pillars of the Cities and Municipalities Competitive Index. The other three were economic dynamism, government efficiency, and resiliency.

Meanwhile, of the six provinces in Western Visayas, Aklan was hailed as the most competitive province.

According to DTI-6, the data can provide LGUs with insight for policymaking, development planning, and investment promotion.*