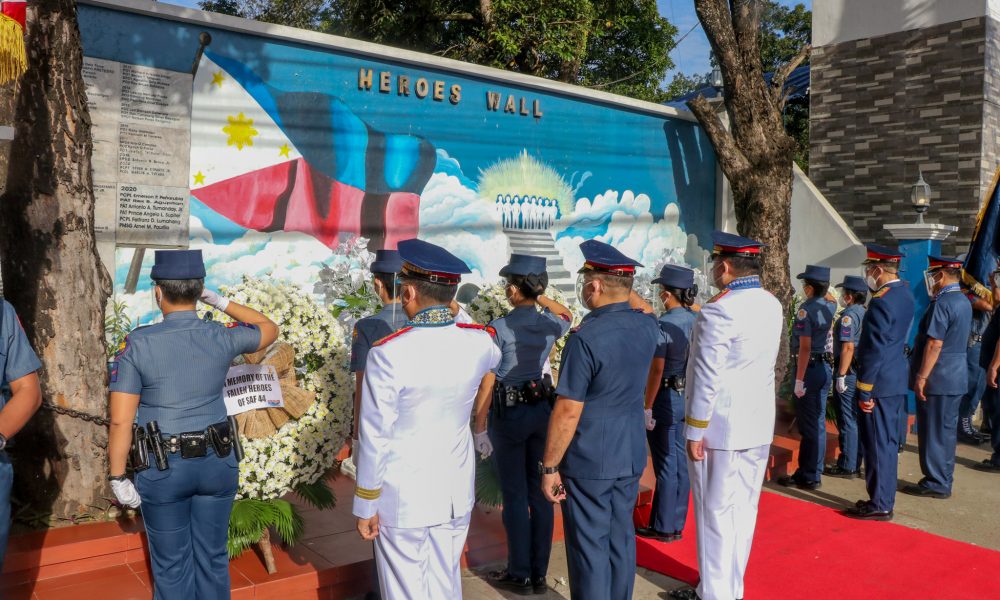 Lt. Gen. Cesar Hawthorne Binag, deputy chief for operations of the Philippine National Police, led the commemoration of the gallantry of the 44 members of the Special Action Force (SAF) commandos at Camp Martin Delgado in Iloilo City on January 25.

The SAF 44 laid their lives during the operation at Mamasapano, Maguindanao six years ago.

Meanwhile, Binag expressed gratitude to the men and women of PRO-6 and the community of Western Visayas for their help during his stint as regional director here.

He said, “PRO-6 has a big contribution in my career as a police officer. I don’t want my career in the PNP to end without saying thank you to the men and women of PRO-6 and the people of Panay and Negros. You’ve been part of my success.”*PRO-6 photo