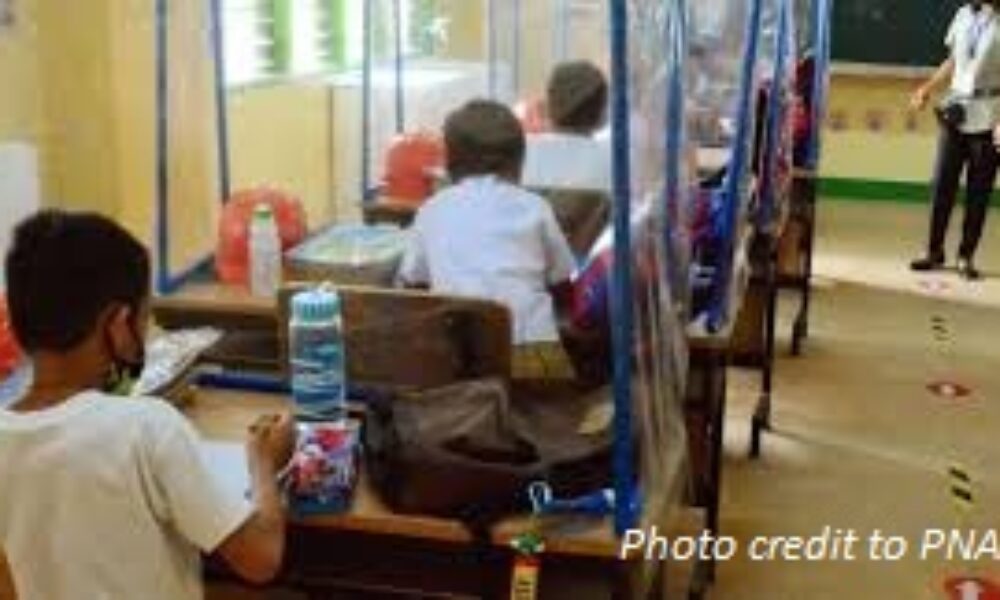 Schools should take as opportunity the suspension of the pilot implementation of face-to-face classes in Western Visayas region to prepare for the expansion now that there are no learners in classrooms.

Department of Education Western Visayas (DepEd-6) information officer Hernani Escullar Jr. said in an interview Tuesday that there is a plan to expand in-person classes.

He added that schools participating in the expansion should comply with the requirements provided under the School Safety Assessment Tool (SSAT).

Schools have been advised to observe the guidelines under the SSAT so that once the department’s central office asks for a list for the expansion, it would be easier to prepare.

“The number one rule is for the school to be situated in the low risk area. Inside the school, they have to have a foot bath, hand washing area, distance between learners, sanitizers, contact–less thermometer and triage area,” he said.

Eighteen public and two private schools in the region participated in the in-person classes but these were suspended following the escalation of the classification of the provinces and highly urbanized cities in the region to Alert Level 3.

On Jan. 14, the provinces of Antique, Aklan, Capiz and Bacolod City were placed under Alert Level 3 while effective Jan. 16, Iloilo City, Iloilo province, Negros Occidental and Guimaras were also escalated to the same level.

“Once an area is placed under Alert Level 3, it is automatic the learners revert to other modalities of learning like modular, on-line and radio, television-based instruction until such time that the localities will be classified into a lower alert level,” he said.

They also need to secure the concurrence of their local government unit (LGU), local Inter-Agency Task Force (IATF) and parents’ consents should they want to resume with their face-to-face classes.

“These are necessary because we would like to ensure that there will be no Covid-19 outbreak in schools that are participating in the limited face-to-face classes. The guidance of our Regional Director Ramir Uytico is that we don’t want to risk the lives of our learners but at the same time we don’t want to stop the provision of quality education to our learners in Western Visayas,” he added. (PNA)