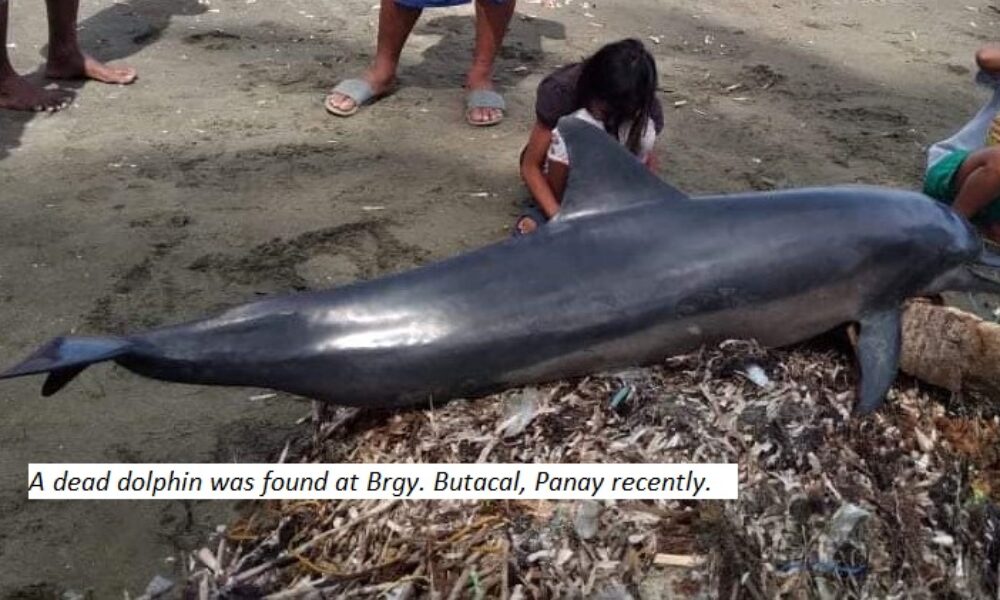 A sea turtle and a dolphin were found dead at the waters of Panay, Capiz recently.

The sea turtle was found along the beach of Brgy. Navitas by a resident who then reported it to Capiz Provincial Environment and Natural Resources Office (CaPENRO).

Also found dead by a resident at Brgy. Butacal was a dead dolphin.

Both Navitas and Butacal are neighboring barangays.

CaPENRO said this is the second reported incident of dead sea turtles and dolphins in the province in  2022.

It can be remembered that on January 12, a dead dolphin was also found at Pres. Roxas.

The municipalities of Pres. Roxas and Panay share the same waters with Pilar and Pontevedra called Pilar Bay and were known for their rich marine resources.

“These incidents of dead marine animals in our waters are alarming especially if the cause of their deaths are human activities,” CaPENRO said.*