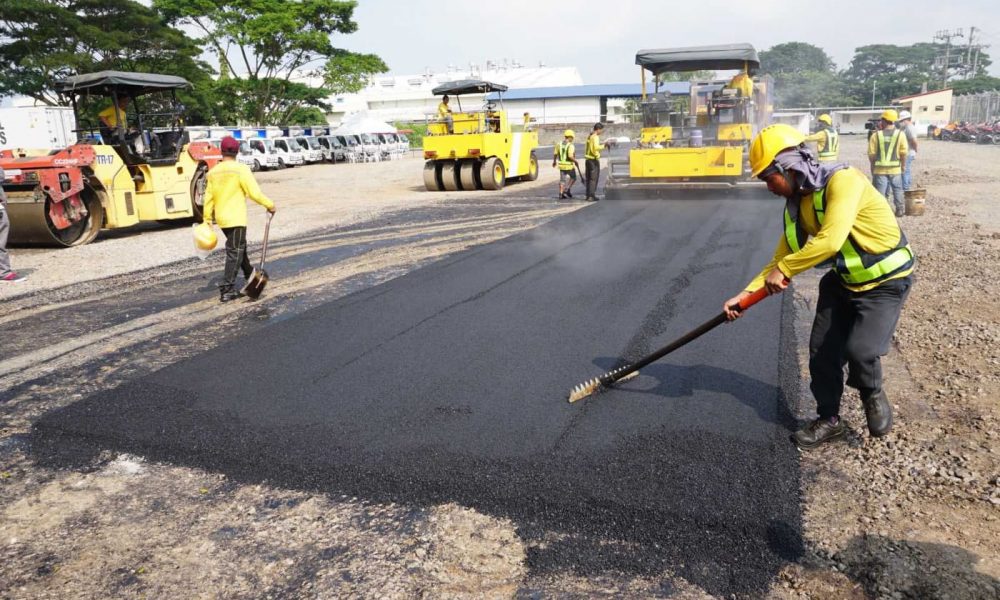 Almost a year after it first built and started testing the country’s first asphalt road made with post-consumer plastic waste, San Miguel Corporation (SMC) is eyeing the next phase of its plan to widen the application of the environment-friendly material — by building bicycle lanes made of recycled plastics in partner cities and provinces.

SMC president and chief operating officer Ramon Ang said that the company is looking to work with technology partners and local governments willing to put up dedicated bike lanes to accommodate cyclists whose numbers have risen due to quarantine and transportation restrictions brought about by the COVID-19 global pandemic – starting with its home base in Mandaluyong.

“It has almost been a year since we started our plastic road initiative and so far, our pilot site has held up very well. It’s in our logistics facility—used heavily everyday by large vehicles with heavy loads. Very soon, I think we can graduate it for light public use, specifically, for bicycle lanes,” Ang said.

Ang said that the company hopes to apply the technology more widely someday, particularly for public use on roads, but development is still considered to be in the early stages, considering the need for continuous testing to determine its long-term viability.

SMC, which itself recently launched a program to help provide bicycles for employees and extended workforce across its facilities, said that while biking to work has now become a more viable alternative mode of transportation for many Filipinos, there is a need to make road conditions safer for people on bicycles.

“Because of social distancing and restrictions on transportation, more of our countrymen are now biking to work. It promotes health and fitness, lessens pollution and provides a cost-free way to get to one’s destination, and has also been embraced by many LGUS who have set special bike lanes on roads,” Ang said.

“Our roads are not designed with cyclists in mind. What we hope to do is work with LGUs and technology partners to come up with solutions for people on bikes that are safe and cost-efficient,” Ang described.

Since 2017, SMC has been known to initiate high-impact sustainability initiatives, including in helping address plastic waste. That year, it announced the discontinuation of its plastic bottled water business in favor of its sustainability goals.

In November 2019, the company, together with project partner Dow Philippines announced its first recycled plastics road initiative, built on a 1,500 sq.m. pilot test area at its logistics center in Gen. Trias, Cavite. Some 900 kilos of plastic waste were used as a binder, together with bitumen, in producing the asphalt.

Recently, SMC also announced that it would be buying up plastic wastes from assemblers and LGUs to process and use as fuels at its cement facilities, in a bid to lessen dependence on fossil fuels.*