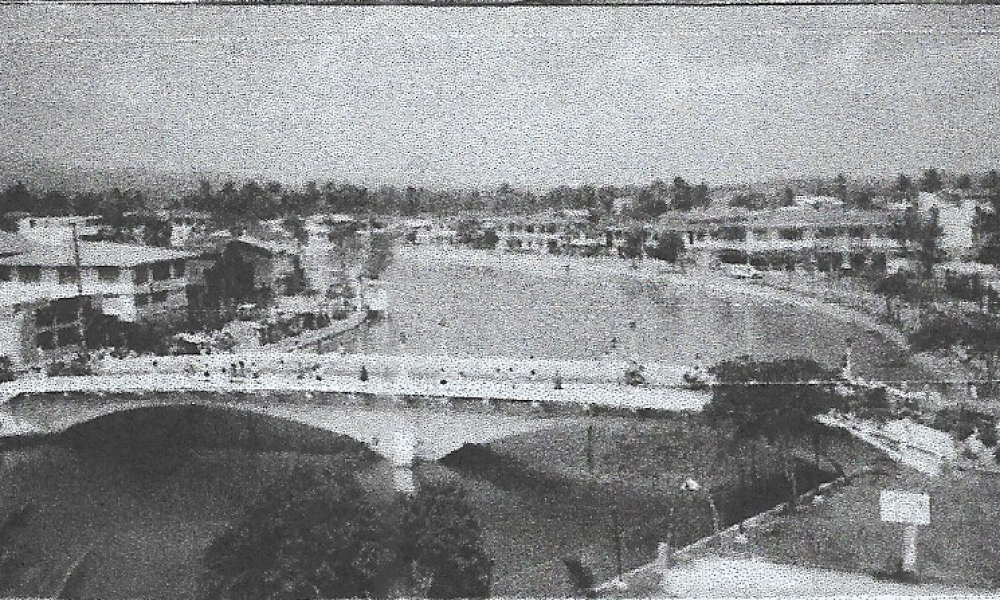 Under the Commonwealth Period when Manuel L. Quezon was resident Commissioner of the Philippines in the United State House of Representatives, its construction was supervised by American architects under the Bureau of Public Works (now Department of Public Works and Highways).

The Capiz Bridge was concreted in phases that took from 1908 to 1910 under the consecutive gubernatorial reigns of Capiz Governors Antonio Habana (1907-1909) and Jose Cortes Altavas (1910-1916), and during the third President (Mayor) of the town of Capiz, Pastor Alcazar (1908-1912). The Bureau relied on reinforced concrete arches spanning low concrete piers to bridge over wide Panay River and connect the heart of the town of Capiz (now City of Roxas) to the main commercial center on Roxas Avenue.

The present concrete arched bridge has undergone renovations since its construction but almost exactly as it did before. One notable renovation was the bridge’s sidewalk which was tiles and concrete lamp posts were installed, making the structure visible even from a distance. At the western portion of the middle of the concrete railing of this bridge is a bronze marker with the following inscription: “Capiz Bridge, erected in 1909, Provincial Board, Antono Habana, governor, J.W. Crow, treasurer, and Rafael Acuna, third member.” In December 2019, an interactive light with colors changing alternately was installed on both sides of the bridge glistening at night.

Reference: A Comprehensive History of Capiz: In Search of Identity by Jose B. Bolante.