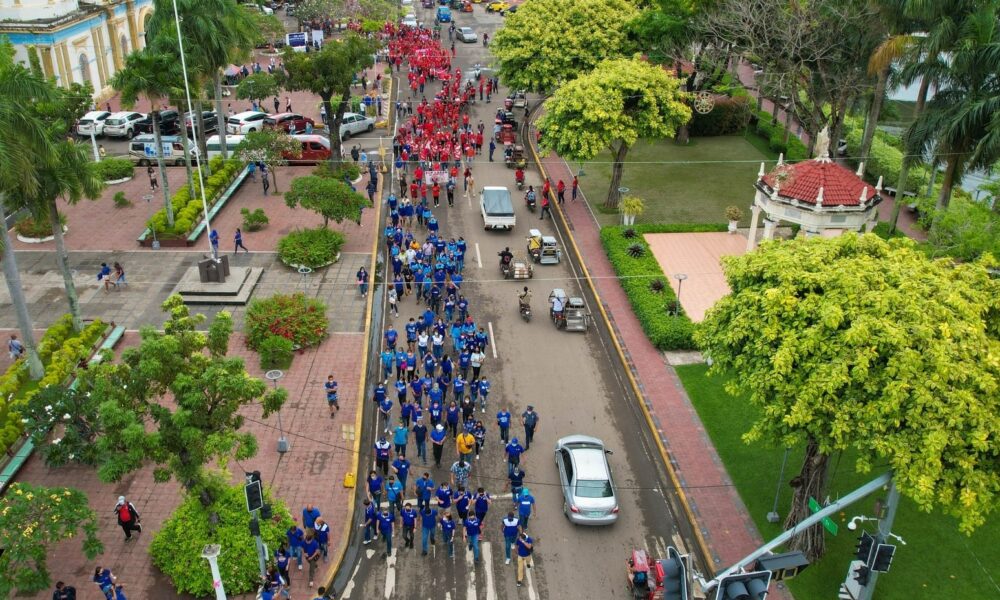 An early morning unity walk highlights a peace covenant among the candidates for the elective positions in Roxas City, February 23, for a Secure, Accurate, Free and Fair Elections (SAFE) on May 9 this year.

The walk started in front of the Roxas City Metropolitan Cathedral and passed by the Roxas City Plaza, portion of Hughes, Legaspi and Taft Streets until it got back to the church for the Holy Mass and signing of the peace covenant.

“Your peace keepers cannot do this alone,” said Roxas City Police Station chief Lt. Col. Aron Palomo as he asked the support, cooperation and unity of all to ensure that peace will be preserved all throughout the election period.

The Philippine National Police – initiated peace pact among local candidates for the upcoming elections has already been conducted in 14 of the 17 local police stations in the province from January 16 to Feb. 23.

The remaining municipal police stations which have not carried out the peace covenant signing are expected to accomplish the activity by Feb. 25.

The recent unity walk highlights the peace pact among the candidates for the elective positions in Roxas City. (Capiz Kabalaka Information Center photo)