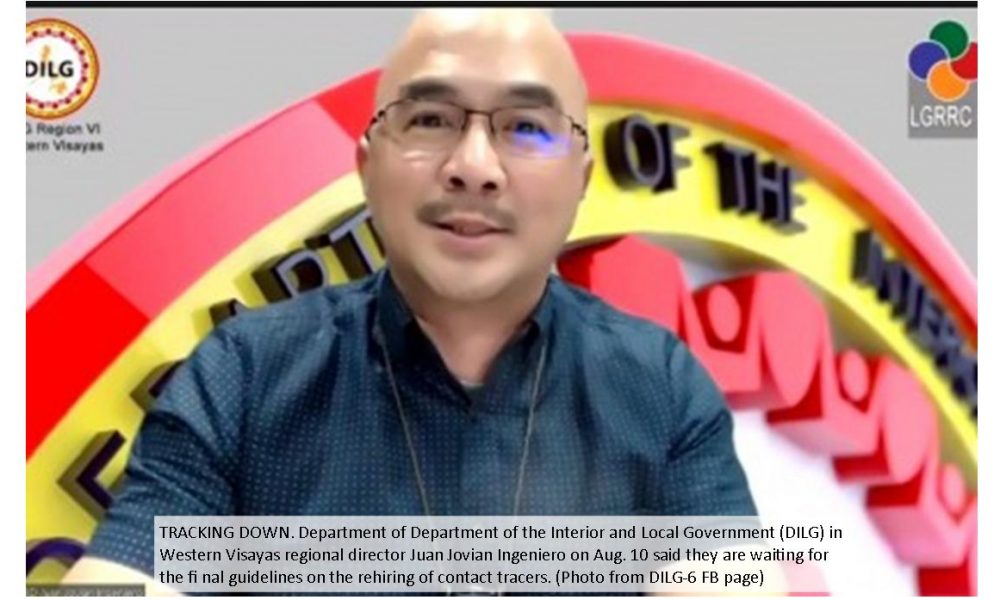 THE Department of the Interior and Local Government (DILG) in Western Visayas is still waiting for the fi nal guidelines
on the hiring of contract tracers (CTs) from their central office, an official said on Tuesday.

In a text message, DILG regional director Juan Jovian Ingeniero said the rehiring of CTs will be fast-tracked once the funds will be downloaded to the regional office.

Over 3,000 CTs were hired by the DILG during the first hiring last year and another 974 during the last batch whose contract ended on August 8, he added.

On Monday, health experts in the region have emphasized the importance of contact tracing, especially that variants of concern, including the virulent Delta, were detected among local cases of the coronavirus disease 2019 (Covid-19) infections in Western Visayas.

“That is how important to trace because it could help control the spread of the virus,” she said.

She added that the province of Antique, where 22 local cases of the Delta variant were detected, should also continue with their contact tracing to determine the extent of the spread of the virus.

Dr. Philip Ian Padilla, Vice-Chancellor for Academic Affairs of the University of the Philippines Visayas (UPV), said with the delay in the genome sequencing, there has to be a “thorough contact tracing”. (PNA)