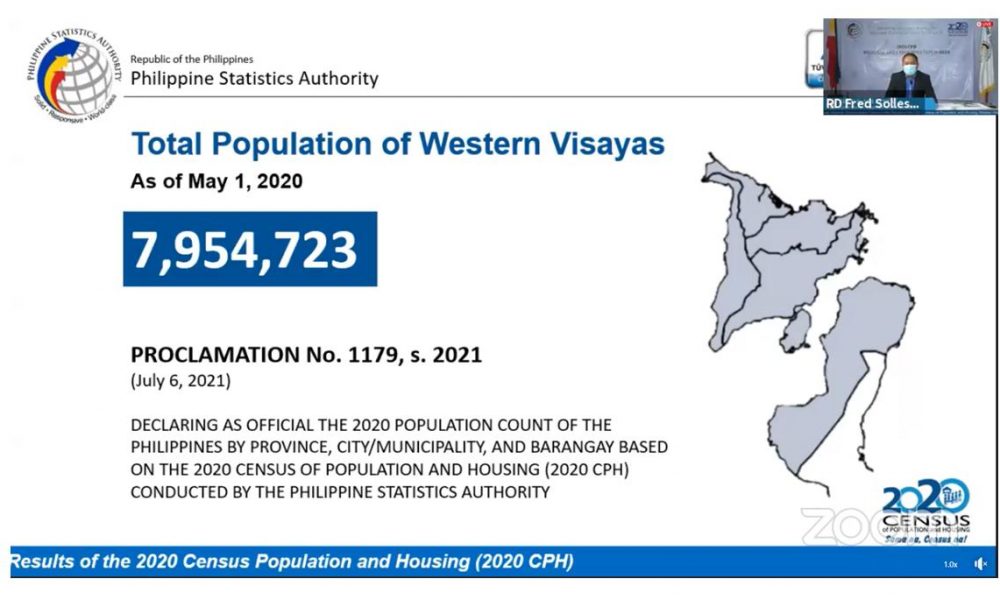 THE current total population of Western Visayas stood at 7,954,723 based on the 2020 Census of Population and Housing (CPH).

Philippine Statistics Authority 6 reported that the region’s total population increased by 1.14 percent annually from 2015 to 2020.

Guimaras is he least populated province in the region with 187,842 persons.

Despite being the least populous province, Guimaras was the fastest growing province in the region with a PGR of 1.55 percent from 2015 to 2020; Aklan followed with 1.45 percent, Iloilo with 1.23 percent, Capiz with 1.18 percent, Antique with 1.10 percent, and Negros Occidental with 1.04 percent.

The two highly urbanized cities (HUCs) in the province, Bacolod City and Iloilo City, posted a PGR of 1.42 percent and 0.45 percent, respectively. The two HUCs accounted for 13 percent of the region’s total population.

The latest population counts of the Philippines, its regions, provinces, cities, municipalities, and barangays were officially declared by President Rodrigo Roa Duterte pursuant to Proclamation No. 1179, series of 2021 signed on July 6, 2021, and can be accessed or downloaded from the PSA website https://psa.gov.ph/population-and-housing.