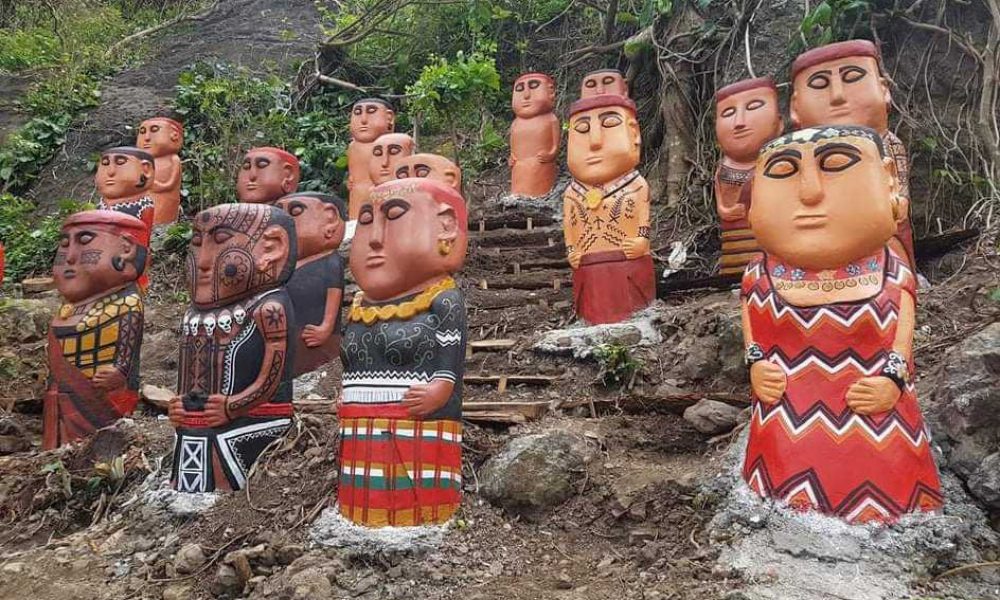 The concept of the anitos was inspired by the 20–33-ft. Moais of Rapa Nui (Easter Island) since their beliefs are similar to ours.
Our Austronesian roots are believed to have started in the 2,000 BC and over the years of migration, they only reached Easter Island circa 900 A.D. We befell the same fate that because of colonization, their population fell and the tradition was lost.
One of the important features that we adopted is having two hands on the belly which is a common pose for the anitos/tikis all over Southeast Asia and the Oceania region. (Contributed photo)