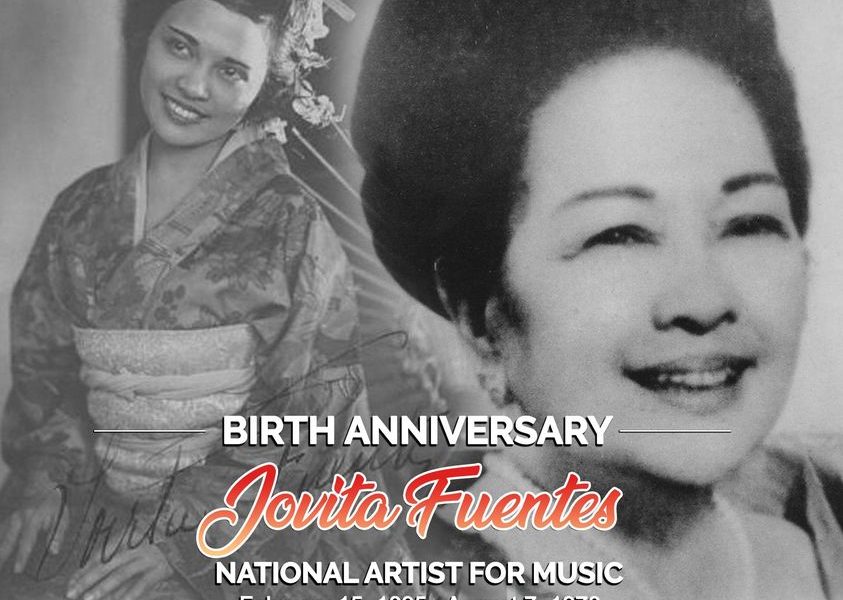 ROXAS CITY — The 125th birth anniversary of National Artist for Music Jovita Fuentes, a Capiznon, was celebrated on February 15.

According to the Capiz Provincial Tourism and Cultural Affairs Office, Fuentes was born on February 15, 1895 in the town of Capiz, now Roxas City, in the province of Capiz.

Her parents were Dolores Flores and Canuto Fuentes.

Fuentes was recognized as a National Artist for Music in 1976.

At a very young age, Fuentes was already inclined to music.

Fuentes became a voice teacher and honed her skills in opera later on, allowing her to perform internationally.

Fuentes popularized the folk song “Ay, Kalisud”, a song she learned when she was young.

On February 15, the Ang Panublion Museum and the Roxas City Government paid tribute to Fuentes through a forum and info-concert called, “Revisiting Madame Butterfly”.

According to the Upod Kita Ronnie Dadivas Facebook page, Capiznon pianist, Clement Acevedo and Amabelle Pamocol (soprano) and Jomel Garcia (tenor) of the University of San Agustin presented an Info-Concert of opera arias and Filipino songs.

Filmmaker and educator Kevin Pison Piamonte, who shared his memories of his aunt Jovita, also gave a talk on his production of Madam Butterfly.

The activity is a part of the National Arts Month celebration of the province of Capiz.