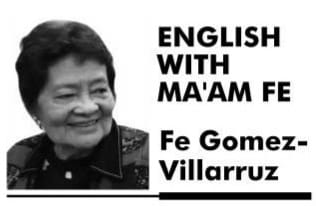 Choose the appropriate word/phrase to complete each sentence.

REMEMBER:
FULL-PLEDGED does not exist; don’t use it. FULL-FLEDGED is an adjective. It means “having full status” as in a full-fledged nurse, a full-fledged professional; “fully developed” as in full-fledged family history.
Write IN SPITE as two words. The phrase is IN SPITE OF. It means the same as DESPITE.
DESPITE stands alone. It does not need TO after it.
IN SPITE OF and DESPITE may be used interchangeably. Ex. I’ll be there DESPITE the rain. I’ll be there IN SPITE OF the rain.
A thief who picks pockets is called a PICKPOCKET.
EITHER is the equivalent of ALSO, TOO, and AS WELL in negative statements. It usually comes at the end of the sentence. Examples: My friend speaks Spanish. I speak Spanish too. For the negative statements: My friend does not speak Spanish. I don’t speak Spanish EITHER.
My friend is a Filipino. I am also a Filipino. Negative: My friend is not an American. I’m not an American EITHER.*